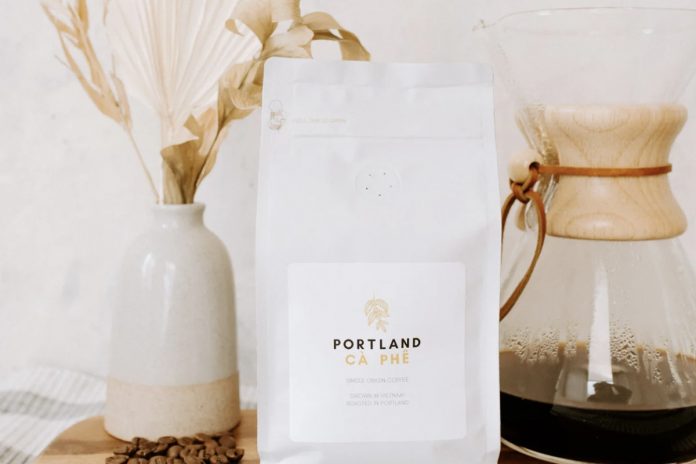 Portland Cà Phê, the roaster providing coffee to hotspots like Mama Dút and Matta, will soon have its own cafe, serving lattes with house-made ube syrup, banh mi, and — of course — cà phê sữa đá

The first thing Kimberly Dam wants you to know about Vietnamese coffee is that it’s more than just a strong accompaniment to sweetened condensed milk. “Vietnamese coffee isn’t just bitter and dark,” Dam says, standing in the bare space that will soon be her new cafe. “I think coffee grown in Vietnam has a stigma; I want to change that narrative and showcase these beans.”

In little over a year, Dam’s roasting company, Portland Cà Phê, has become a name at Portland’s Vietnamese hotspots: She developed house roasts for Việt Kiều cart Matta and vegan Vietnamese spot Mama Dút, and started selling beans via an online store. Soon, however, customers will be able to order coffee and banh mi directly from Dam at a Southeast Portland cafe: This month, Portland Cà Phê will open its first coffee shop on SE Holgate.

Dam, who works in social services, spent much of her college years as a barista, and dreamed to one day open her own cafe. In 2020, she started roasting beans as a hobby. Her mother, Que Bui, owns the House of Bánh Mì, which serves cà phê sữa đá (also known as Vietnamese iced coffee); however, Dam realized that the shop wasn’t using Vietnamese beans for their drinks. Mark Wilcox of Mutt’s Coffee taught her how to roast her own beans, and she started to make Vietnamese roasts for the family restaurant. “Robusta beans are quite popular in Vietnam, but they weren’t being used here,” she says. “You get that super-strong taste, but you just need to take your time with it, make it smooth.”

Dam sources her beans from the Central Highlands of Vietnam, specifically seeking out farms that provide equitable wages for their workers. She currently buys beans from companies like Bon Mua, based in Salem, which sources beans directly from a family farm in Vietnam. Once the cafe opens, those beans will be used for drinks like cà phê sữa đá, but also lattes, mochas, and cappuccinos. She plans on offering a number of additional flavors, as well — things like cardamom, rose, and ginger syrups from Oregon-based company Holy Kakow, as well as a house ube flavoring. Portland Cà Phê will also serve Diaspora Chai and banh mi from House of Bánh Mì: the shop will start with seven different sandwiches, ranging from grilled pork and chicken to Vietnamese meatball.

Down the line, Dam would like to scale up her roasting operation, to land in more cafes and homes around the area. But beyond that, she wants to teach more women of color how to roast their own beans. “The roasting community here is so male and white dominated, it was really hard,” she says. “Mark (Wilcox) was a great ally, but I want to make it more accessible overall.”