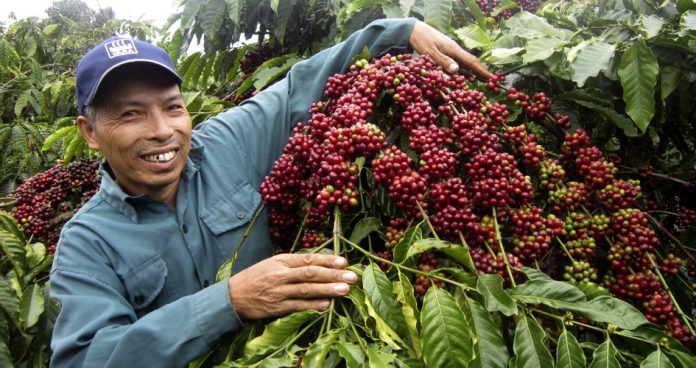 In southeast Asia, Vietnam has dominated the coffee industry as the second-largest producer in the world behind Brazil. In 2016 alone, 1.8 million tons of coffee worth the equivalent of over $3 billion, was exported from Vietnam. Coffee production in Vietnam means more than popularity. It means economic stability and eliminating poverty.

Coffee culture is an established social tradition in nearly all countries. Coffee beans have been one of the most impactful and cultivated products dating back to the 15th century. Societies changed with the creation of coffee houses and advances in technology to keep up with demands. The spike in crop exportation shifted coffee from an early morning refreshment to a global trade phenomenon.

Coffee production in Vietnam stems from French colonization in the mid-1850s. The Robusta bean became widespread throughout the country. After WWII and the Vietnam War, private farming opened up for more business opportunities. Vietnam began to slowly regain economic security in the late 1980s. Since then, 3 million jobs have been generated from coffee-based agriculture.

Advances in machinery have cut costs for farmers and have kept coffee production in Vietnam consistent compared with other competitors. Reducing the labor-intensive strip-picking with automative and mechanical harvesters has become the norm. Even hand-made equipment serve farmers by reducing damage to trees. Investing in technology to improve sustainability practices contributes to the national output. Coffee production in Vietnam has also profited due to investments put into advanced coffee plantlets from companies such as Nestlé.

Irrigation has a significant impact on coffee plantations due to water stress. Monitoring groundwater changes with water pilots help farmers evaluate how to manage aquifer recharge. Less water and pesticide use means a higher yield for farmers without paying more to combat the effects of climate change.

Integrating women into coffee production in Vietnam has provided them with increased job opportunities. In contrast with predominantly male-run businesses, the coffee sector provides better access to women who wish to pursue business ventures.

Eighty-five percent of both men and women participate in economic enterprises in Vietnam. The inclusivity of women is higher in Vietnam than in other developing countries, where women are performing unpaid work. Through the booming coffee industry, women have aided in economic development through coffee trading companies. Negotiation strategies implemented by women through buyers and farmers prove to be successful. Training for the coffee supply chain given to women empowers them to make their own household decisions as entrepreneurs, and even own larger plots of land. Gender equality in the workplace is paving ways for gender equality throughout the country.

Vietnam has been ahead of other competitors regarding sustainable coffee production. Cooperatives such as K’Ho Coffee have utilized sustainable strategies such as planting nitrogen-fixing crops alongside coffee plants. This enhances the fertility of the soil. In addition, farmers raised free-range livestock and planted their own produce on their property to provide for themselves. Some experts also suggest that intercropping is the best way to increase the yield.

Combating the risk of groundwater depletion through soil testing and reducing energy outputs helps the country produce coffee at low costs. Being sustainably certified puts Vietnam at the top of the competition. Improved efficiency within smallholder farms means less waste as well.

With a forecasted output of 32.2 million bags for 2020 and the country exceeding exportation rates to the US and the UK, Vietnam plans to stay near the top of the coffee sector. Coffee production in Vietnam turned a once-war-torn country into an export powerhouse. Locals enjoy quality coffee in various ways while tourists seek to try Cà phê trúng, egg coffee, for the first time. The tiny green bean is more than just a sweet morning pick-me-up. It’s a growing culture that is ever-changing the success of the country.