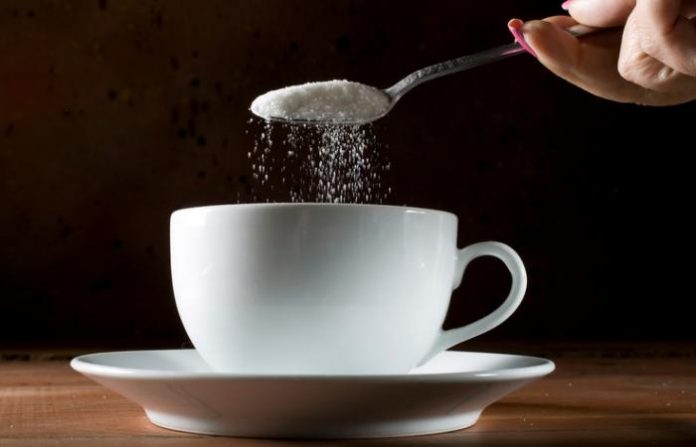 All around the world, people add sugar or sweeteners to their coffee, and have done so for centuries.

Although third wave coffee consumers generally lean towards drinking coffee without milk or sugar, it is still an established habit in the sector that isn’t going anywhere soon. In the USA alone, a study shows that more than 50% of surveyed coffee drinkers sweeten their coffee.

But why is adding sugar to coffee such an ingrained drinking habit? Where did it come from? And how do people drink coffee with sugar around the world today? To learn more, I spoke to a scientist, coffee specialists, and specialty coffee drinkers. Read on to find out what they said.

A HISTORY: SUGAR IN COFFEE

Sugar’s relationship with coffee stretches back almost 500 years. The two have been intrinsically linked for centuries.

When coffee reached Europe in the 16th century, coffee and sugar were both considered luxuries, reserved almost exclusively for the wealthy upper classes at the time. However, most beans were low quality, and roasted very dark. To make the bitter and intense flavours more palatable, sugar was often added.

As time went by, sweeter caffeinated beverages (both coffee and tea) started to become more affordable and accessible. Unlike beer and cider (which were both safer to drink than water at the time), they provided a dose of energy without the added side effect of drunkenness.

According to an NPR article: “A strong dose of sugar [in coffee] was an affordable luxury… it gave workers a hit of caffeine to get through a long slog of a day, it provided plentiful calories, and it offered the comfort of warmth during a meal that otherwise often consisted only of bread.”

Sugar and coffee continued to be popular into the 18th century. The first large-scale coffee roaster was invented in the 1700s, and likely provided roasters with very limited control over the roast.

Despite the fact that roasting was now mechanical, sugar was likely still added to smooth the intense flavours that arose as a result of this imprecision.

Similarly, when instant coffee became popular in the 20th century, it was generally made using cheap, accessible beans, often from robusta plants. This further encouraged drinkers to add sugar.

Wilton Soares Cardoso is a food engineer, professor, and researcher at IFES in Espírito Santo. “Sugar suppresses a coffee’s bitterness and acidity,” he says. “By balancing its acids, you can experience other flavours in the drink.”

SUGAR PREFERENCES AROUND THE WORLD

As we know, cultural tastes for coffee differ all around the world. So while some 50% of surveyed coffee drinkers in the USA take sugar in their coffee, what about other countries?

To learn more about preferences about sugar in coffee in Europe, I spoke to Daniel Riou, a coffee trader and partner at Buraca Roasters, a specialty coffee roaster based in Lisbon and Cascais, Portugal.

He says that in the Mediterranean in particular, coffee is traditionally an intense, dark beverage. This has been further influenced by Italian espresso culture. Finally, he adds that consumers and businesses in many of these countries have had limited buying power in recent decades.

As a result, Daniel says: “Manufacturers and roasters ended up buying lower quality coffee with a higher percentage of robusta, making it bitter. This bitterness has been eliminated by adding sugar.

”Years and years of this type of consumption ended up changing our palate and creating this preconceived idea that sugar is to be added to coffee,” he tells me. “This is why it is such a deep-rooted habit in Mediterranean countries.”

Sugar has even been used during roasting in some Mediterranean countries and beyond. This process is known as torrefacto, a traditional method where roasters glaze coffee with sugar during the roast. The idea behind torrefacto roasting is that it prolongs the effects of the Maillard reaction to increase viscosity.

Alongside the increase in viscosity, however, torrefacto has also been used to preserve coffee beans for almost 100 years. However, while it allows the coffee to be kept for longer, it also generally lowers its price and gives it flavours which are generally considered undesirable among specialty coffee drinkers (burnt and charred tasting notes, for instance).

As well as being popular in France and Portugal, torrefacto roasting is also used outside of the Mediterranean in countries such as Paraguay, Mexico, Costa Rica, Uruguay, and Argentina.

Naturally, sugar consumption has varied around the world for a huge range of geopolitical and cultural reasons.

In the Middle East, for instance, sugar in coffee is uncommon. Instead, traditional Arabic coffee (often served in a dallah and brewed with spices) has historically been served with sweet dry fruits and nuts to balance out the bitterness of the coffee.

Turki Alsagoor owns Flat Wardo, a specialty coffee shop in Saudi Arabia. He says that sugary drinks are subject to high taxes. This includes energy drinks, carbonated drinks, and “sugar sweetened beverages”. As this can make serving pre-sweetened coffee drinks at coffee shops difficult, some choose not to have baristas add sugar before serving.

Elsewhere in the world, attitudes to sugar vary. However, traditional beverages such as tinto in Colombia, Vietnamese street coffee, and café cubano in Cuba and Miami are all often sweetened in one way or another during preparation.

There is a running theme. Generally, where lower quality beans have historically been used to prepare the beverage, brewers have used sugar to balance the intense, bitter flavours of the beans.

This is even the case with more recent trends, such as the Greek frappé and dalgona coffee, which have often been prepared with cheaper instant coffee and lots of sugar.

Sugar and specialty: A breakdown

Despite the popularity of sugar in coffee through history, specialty coffee has in recent years distanced itself from this trend. Today, many specialty coffee consumers drink their coffee without milk or sugar.

Many believe that milk and sugar mask the more delicate, subtle, or complex notes of the coffee, “hiding” the characteristics they instead want to enjoy.

To learn more about specialty coffee drinkers’ relationships with sugar in coffee, we conducted a poll on Instagram. While many rejected sugar in coffee, others maintained that it very much depended on the beverage, occasion, or mood.

For instance, milk-based beverages seem to be more commonly enjoyed with sugar. Luna Soloni, a specialty coffee enthusiast from the Philippines, said that she “craves” sugar when drinking coffee with milk.

Others noted that good alternatives to sugar included honey, flavoured syrups, and more. “When I want something sweet I add ice cream or honey,” said Diego Rosas from Cafés de Costa Rica.

“If I need to hide a bad flavour, I add milk,” Diego told us. “If someone else wanted to put sugar in any coffee I’ve brewed, I let them enjoy it without judgement. The point of coffee is to enjoy it.”

Todd Gruen is a “home barista” from Tennessee in the USA. In contrast, he says he prefers using syrups to sweeten his coffees. “If I’m digging deeper to taste coffee’s bright, fruity, or sweeter flavours, a bit of syrup can highlight those,” he says. “It can also mellow out the more bitter notes on the other side.”

As we know, historically, coffee drinkers have used sugar to mask the flavours of bitterness in darker roasts and poor quality coffees. This is because biologically, we are evolutionarily “programmed” to avoid bitter flavours, because they are often associated with poisonous substances.

“Our brains recognise sweetness as a sensation of pleasure and reward,” Wilton tells me. “They produce dopamine, a hormone associated with wellbeing.”

In short, this is what causes the “craving” for sweet foods and sugary drinks.

Wilton adds that for those who have become accustomed to drinking specialty coffee, the palate acclimates, meaning there is no need to add sugar.

“Not everyone needs it, but in my opinion, adding just a little sugar to even [good] quality coffees can improve your ability to sense different flavours,” he says. “It balances acidity and suppresses bitterness.”

He also says that the right amount of sugar can highlight certain flavours and aromas in a cup of coffee. But it has to be the right kind of sugar, added in the right way.

For instance, he says that while standard table sugars, such as granulated sugar, add sweetness, they do not add a deeper or complex flavour. Other sugars and sweeteners, such as brown sugar, have their own flavour, which can be overpowering and alter the flavour in the cup. The same goes for honey, as well as artificial sweeteners like Stevia and aspartame.

Wilton says that the ideal sweetener in coffee is one that “robs” the least amount of flavour from the cup. He says that the best he has encountered in that regard is sucralose (a very close cousin of sucrose, which is naturally produced by the coffee plant).

Adding sugars or sweeteners that have flavours of their own will naturally change the flavour profile of a cup of coffee. Honey, brown sugar, and other sweeteners, for instance, can add anything from caramel to vegetal notes in the cup.

For some, this might be an irreparable alteration of the inherent flavour of the coffee. For others, it might be just what they need to punch through the milk in a latte.

Preferences for sugar in coffee, like many other things, depend on culture and personal taste. Baristas and cafés should consider this when serving customers coffee, specialty or otherwise.

Of course, approaches differ from coffee shop to coffee shop. Carly Ashdown is the founder of Ræfen Coffee Roastery in Edmonton, Canada.

She says: “If a customer adds sugar to specialty coffee, I ask them to sip without any additions to get to know the coffee [first]. After that, it’s up to them.” Additionally, both Daniel and Turki note that customers should be happy and comfortable above all else.

Ultimately, it’s up to the consumer. A cup of coffee is a very personal thing, and making sure that it brightens someone’s day is what’s most important; not that it’s enjoyed in any “right” or “wrong” way.