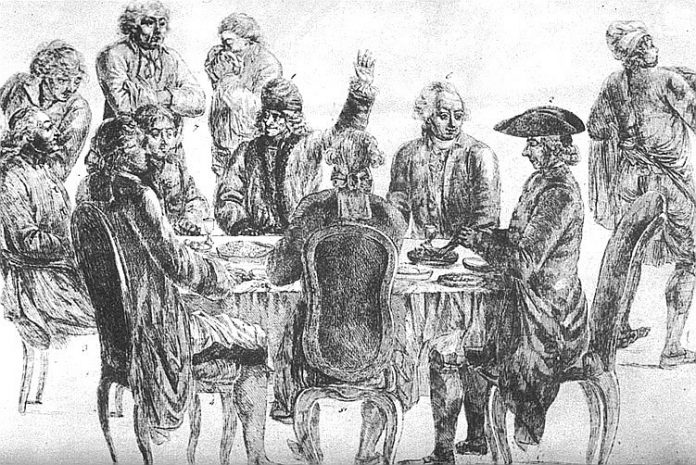 Coffee is deeply woven into the social and economic fabric of Vietnam. It’s the world’s second-largest coffee exporter, and local speciality ca phe sua da – coffee with condensed milk – is gaining global popularity. Affectionately nicknamed ‘rocket fuel’, Vietnamese coffee is a force to be reckoned with.

Coffee is more than just a drink in Vietnam; it’s a way of life. Cities and towns would be all but empty without the multitude of cafés that line the streets. Coffee can be found down every alleyway and around every corner, from highly stylised shops to simple roadside stands. It’s about more than just a quick energy boost; it’s an excuse to sit, relax and bond with friends. From morning to night, Vietnamese people flock to cafés to chat, relax and enjoy a cold glass of ca phe sua da. 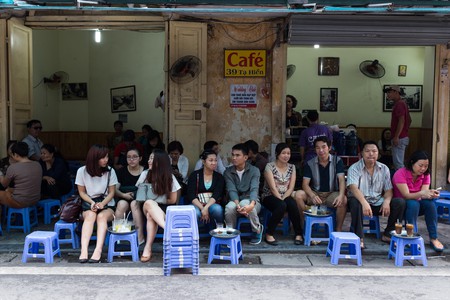 There’s some disagreement about when coffee was first introduced to Vietnam, but it’s generally thought that it was brought over by French missionaries in the 1850s. The story goes that a Catholic priest planted arabica trees in the north of Vietnam. Despite reasonable results, the missionaries realised that the climate in central Vietnam was far more suitable, and coffee production gradually began to move south towards the highlands. 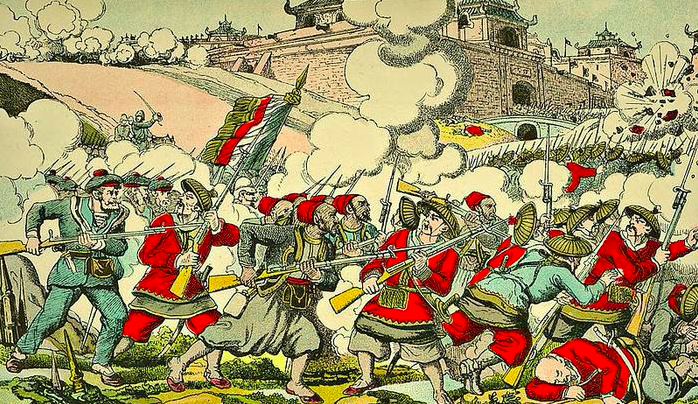 In 1885, France defeated China in the Sino-French war and officially colonised Vietnam in 1887, with the formation of French Indochina. After that, coffee production really began to boom. In 1908, two new varieties of coffee were introduced: liberica and robusta, the latter of which is by far the most popular bean in Vietnam today, constituting 97 percent of production.

The French had all the coffee their hearts desired, but the lack of dairy in Vietnam left them missing their beloved cafe au lait. Fresh milk was nigh on impossible to import and would have spoiled in the heat. They began to import condensed milk as a substitute and Vietnam’s sweet, smooth ca phe sua da was born.

The Impact of War

Until World War I, the extortionate price of coffee made it an exclusive commodity, available only to the French. However, when the fighting broke out, prices dropped and coffee became a popular everyday beverage for Vietnamese people. The French had planted the roots of café culture in Vietnam, but the locals took it and made it their own, preferring simple, laid-back cafés to the more ornate French variety.

While World War I made coffee much more accessible in Vietnam, the Vietnam War had the opposite effect. The majority of coffee plantations were located in the Bon Ma Thuot region and, although the area was largely unscathed by bombings, its population shrank dramatically and coffee production along with it. After the north emerged victorious in 1975, the new government collectivised agriculture and banned private enterprise, leaving production at an all-time low.

In the 1980s, a set of liberal economic reforms known as ‘Doi Moi’ were announced. Private farming was once again permitted and the government was determined to see Vietnam become a major coffee exporter. That goal was certainly realised; by the mid 1990s, Vietnam was the world’s second largest coffee producer and the industry was growing at a rate of 20-30 percent per year. Today, it’s estimated that Vietnam produces 20 percent of the world’s coffee and 40 percent of all robusta. The agriculture of coffee alone is responsible for around 3 million jobs in Vietnam – and that’s before even beginning to count the number of people employed in coffee shops up and down the country.

How to drink coffee, Vietnamese style

Forget frothy cappuccinos and fancy flat whites: the ca phe sua da is the way to do it in Vietnam. It’s a process to be savoured from start to finish. Bitter robusta coffee is brewed in a small filter called a phin, which is placed over a small glass containing a tablespoon or two of condensed milk. Once the coffee has filtered through, the liquids are mixed together and poured over ice in a second, taller glass. This isn’t a quick cup to be chugged down as fast as possible. The sweet, rich nature of ca phe sua da requires you to sip it slowly through a straw and enjoy every moment. It’s delicious, but be warned – drinking more than one glass at a time may result in palpitations.

Egg coffee – or ca phe trung – is another, even more decadent drink. Most popular in Hanoi, egg coffee is consumed hot and feels more akin to a dessert than a beverage. Dairy shortages in 1946 inspired a Hanoian bartender, Nguyen Van Giang, to substitute condensed milk with whisked egg yolk, creating a frothy drink that tastes something akin to liquidised tiramisu.

The Vietnamese certainly aren’t afraid to experiment with coffee, as is evident with the rise in popularity of yogurt, coconut and avocado coffees. These varieties aren’t found in every coffee shop but are often available at places that sell smoothies and the like. Chains like Highlands Coffee even offer jelly or bubble coffee, keeping up with Korean-inspired drink trends like boba tea.

For many years, Vietnamese cafés were a fairly rustic affair, with limited decoration and small plastic stools or hammocks as seating. However, as the coffee industry took off in the late 90s, more sophisticated establishments began to appear. Popular coffee chain Trung Nguyen opened its doors in Saigon in 1998 and Starbucks-inspired Highlands Coffee followed suit in 2002. As time went on, an increasing number of independent, stylised cafés appeared, thanks in part to the cultural clout of South Korea, where themed coffee shops are all the rage.

These cafes are more than just a place to score a quick energy burst. “We don’t drink coffee on the go,” says Minh, who lives in Saigon. “We like to sit and enjoy for a while.”

The older generation tend to favour more simplistic spots, while younger people choose the trendy, Instagram-friendly cafés. “Young people, we like to take selfies,” says Phuong, who is 18 years old. “We like to relax in pretty coffee shops and take nice photos.”

For young people, cafés are the perfect place to relax and hang out away from the prying eyes of their parents. “My family is strict but they are okay with me going to a café because they think I am studying,” laughs Phuong. “But actually, my friends and I just play video games and hang out.”

Coffee may have been introduced to Vietnam by the French, but the Vietnamese quickly took the reins and created a vibrant and interesting culture that’s vastly different to anything found in Europe. It’s safe to say that the whole country runs on rocket fuel.