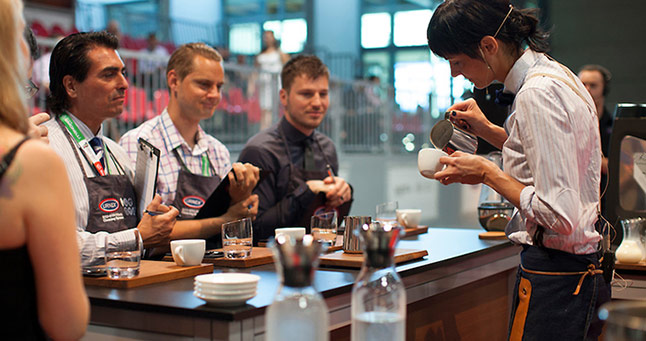 While we regularly celebrate the work of emergency services personnel, we don’t tend to spend as much time thinking about the hard work of baristas! Many people, however, rely on their baristas to make their morning cup of coffee, setting the tone for the rest of the day. Without their morning cup of Joe, they’re in trouble.

Coffee has become a truly central part of all our lives. It’s something that we drink every day to help us focus, start the day, and brush away the cobwebs. Thanks to baristas, people can have coffee made and ready to go in many different ways to fit their liking.

In 1938, the first record of the use of the word “barista” was made. From the Italian language, the word is technically used for a bartender of any gender. In America, the word barista is used just in relation to coffee. However in Italy, it can be related to alcohol, coffee or other drinks.

In appreciation of baristas everywhere, Almond Breeze – the alternative milk manufacturer – has now launched Barista Day. This is an event which the company says will celebrate the people behind the beans and coffee machines that keeps us all energized.

Almond Breeze wants to use the day to not only say a big thank you to all of the people who grow, process, deliver and prepare coffee drinks, but also to advertise its Almond Breeze Barista Blend.

Almond Breeze decided that with so many people now working as baristas, the time had come to celebrate their efforts. The company saw that there were no events celebrating baristas, even though millions of people relied on their services. Celebrating the “hardworking bartenders of the morning” was something that the company felt that it was obliged to do.

There’s a reason the modern coffee scene is so vibrant and thriving. It all comes down to the work of thousands of people in the industry working hard to deliver exceptional coffee to the people around them. Without them, the coffee that people enjoy from their local coffee houses would not be as delicious as it is. A lot of effort goes in behind the scenes – much of it unrecognized.

Barista Day is a chance to make that hard work known so that people can celebrate it! How to Celebrate Barista Day

Celebrating Barista Day is just about as easy as it gets. All that is needed is to go down to the local coffee house and celebrate the baristas who work there by buying and enjoying one of their freshly prepared coffee drinks.

Of course, it’s better not to go alone. Why not take a friend or family member along? Why not get as many people involved as possible? Surely, everyone knows a few people who would love to communicate their gratitude. For coffee-lovers, spreading the word on social media and letting friends know about Barista Day.

This day is all about people showing support to their baristas. Baristas are used to taking orders and diligently preparing delicious drinks. What they don’t get much are words of affirmation from grateful patrons. Barista Day is a perfect chance to show them care and that what they’re doing is super important to all the coffee lovers out there! 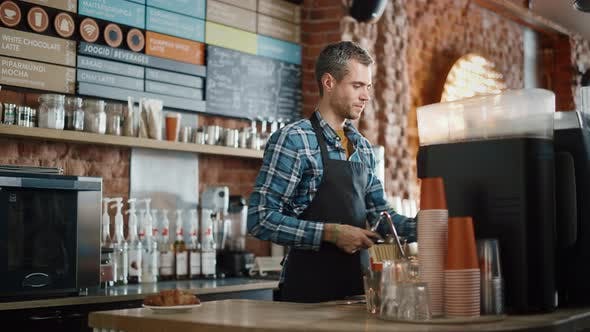 Give an Generous Tip

Meeting some friends either at the local Starbucks around the corner or an independent coffee shop near or far can be a fun way to celebrate and spread some love for Barista Day. A great way to show appreciation to a barista and celebrate Barista Day is to give them a little extra tip on this day. It’s easy to change a person’s day from ho-hum to wow, just by giving a generous tip!

Let Your Barista Pick Your Coffee

For a little adventure outside of the daily coffee routine, set aside “the usual” and ask the barista behind the counter to make it a surprise with either their favorite drink or something completely random. Since they’re the experts, why not let them do what they’re great at? And give them a shout out on social media if you love your drink!

If going out to a coffee shop doesn’t sound very appealing, maybe the idea of testing out some personal barista skills sounds more exciting. There’s always the option to stay home and try different ways to make coffee as a fun alternative!

As long as the necessary tools are available to make a standard coffee at home, just adding some flavored syrup, whipped cream, chocolate shavings or drizzle can completely change the coffee experience. To try some proper barista latte art, a hand-held electric milk frother works just fine as a way to make that drink look and taste professional.

Baristas know that milk is a big part of the coffee world and greatly influences the kinds of coffee drinks that can be made. Whether a latte, cappuccino, flat white or simple cafe au lait, the milk makes the drink. However, many people are sensitive to milk or simply don’t like it very much.

Luckily, quite a few options are available to substitute for milk. Soy milk is one of the most popular alternative milks as it is easily accessible and has little effect on the taste of the coffee.  Some other non-dairy milk options include almond milk, coconut milk, oat milk, and cashew milk.

Barista contests can be a fun way to engage in Barista Day festivities! The World Barista Championship has occurred all over the world in places like Norway, Japan, the United States, Ireland, Switzerland and more. From the year 2000 when this championship started, until 2006, either Norway or Denmark would win the championship with the exception of 2003 when Australia won. Since then, the UK has won three times, and other places like Japan and Guatemala have also won this championship.

If the World Barista Championship is too far to attend, some towns also have local barista contests that one could participate in, and sometimes people are allowed to watch as spectators. This can be a fantastic way to learn more about baristas and how much talent and skill is really involved in the art of coffee making!

Source: Days of the year